The Details of Shooting a Basketball 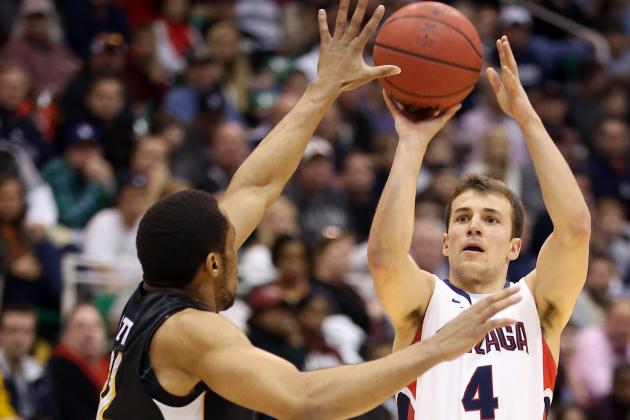 This basketball coaching article was written by Kyle Ohman, who is a private basketball trainer in Tampa, FL. Kyle is also the co-founder of basketballhq.com and has played professional and college basketball. In his senior year, he was ranked the 19th best shooter in the country by Fox Sports.

Attention to the details when shooting the basketball can transform average players and teams and turn them into good or even great shooting teams. The more a player or team can focus on the details of a movement like shooting, the more skilled and efficient they will become. Shooting percentages will increase, which will lead to a better offense, and ultimately more wins.

The great thing about mastering the details of different basketball skills is that it is something that every player or team can do; it just comes down to putting in the effort and time to do so. This is true because these details are minor adjustments to a player’s movements or actions, and all the player must do is put in the time to re-learn these movements. This skill development basketball coaching article will cover the details of shooting a basketball and the keys to improving a team’s overall shooting percentage.

There is a big difference between shooting 20%, 30%, or 40% from the field as a player, and every little basketball shooting detail can either add to improving your shooting percentage, or it can take away from it. From shot preparation to follow through, you need to make sure that you are maximizing your basketball shooting form and technique. Here are the details and tips you should be focusing on as a shooter every time you shoot the ball.

Shot Preparation: Did you know that your shooting percentage can be affected before you even touch the ball? Well, it can, and by a lot! You should already be working towards a great shot before the basketball ever touches your hands. Your shot preparation has a significant impact on whether the ball goes in the basket or not.

There are three big keys in shot preparation that you need to focus on. These keys need to be done before every shot that you take; they are nonnegotiable’s. The only time you might not use all of these keys is if a game situation requires you to fade away to get your shot off or an end-of-clock situation. Other than that, you should be using these three keys every time you shoot the basketball.

The Shot: If you look at great basketball shooters, you will quickly realize that there are a lot of different ways to shoot a basketball. Not every shooter is going to have the exact same form and look. However, there are some key fundamentals that every great shooter has, and that is what you need to be focusing on. Here are a few keys to lock in on while shooting the ball.

Follow Through: The follow-through can impact a basketball player’s shot just as much as the shot preparation can. So it is essential that you really lock in on the following points.

Ball Movement: The type of ball movement that your basketball team has will determine the type of shots you are getting. If players are continually catching and holding the basketball or are always looking to score off the dribble, your team will end up shooting low percentage shots. If a player catches the ball and is not open for a shot, they should immediately do one of the following, unless it is a set isolation basketball play.

Penetrate and Kick: Another great way to get quality shots is by having the ability to drive and kick. A great penetration move to the paint will cause the defense to collapse on the ball, which will allow open shots on the kick out. Here are some teaching points for maximizing the drive and kick.

Inside Out: Having the basketball go inside to the post and then come out for a shot has a lot of the same benefits as the drive and kick. The goal is to get the ball into the post, have the defense collapse to help, and then get an open kick-out shot. Here are a few keys to making this work well for your team’s offense.

The Details of Shooting a Basketball Conclusion

As a basketball player or coach, this may seem like a lot to take in and even more to implement. The details of shooting a basketball, though, are what separate the great players and teams from the rest. It is not something that happens overnight, but it needs to be reinforced daily when doing basketball drills and in practice, until one day, it becomes second nature.

So take advantage of all of these different basketball shooting keys and start taking your shooting to the next level as a player or a team.