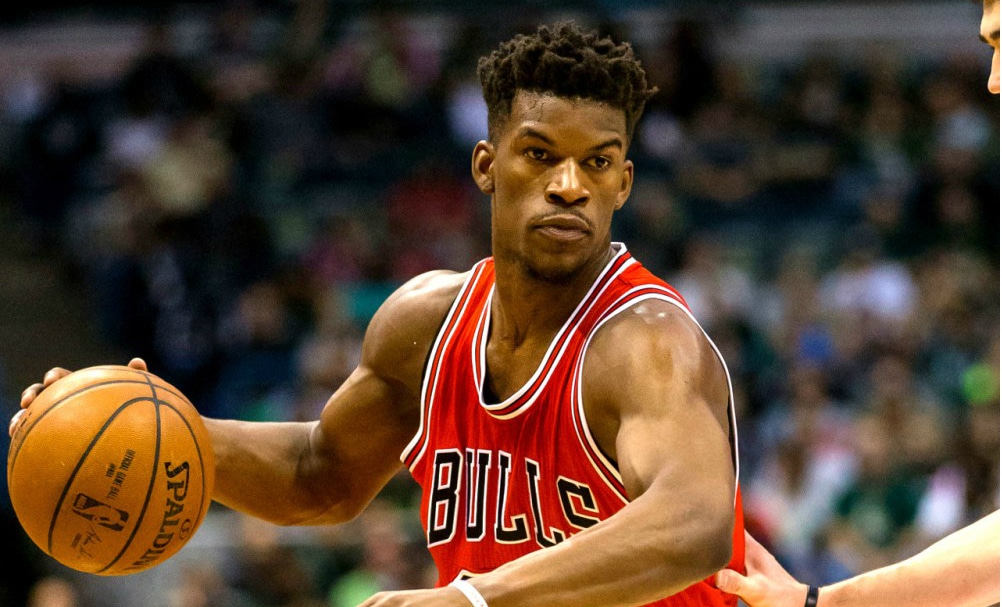 Wing players are usually the leading scorers on their team – they normally get the most shots, and there are a lot of basketball plays run specifically for them through the offense. On the defensive end, a team’s “defensive stopper” is usually a wing as well. They can guard the other team’s best scorer and take them out of what they want to do on offense.

Playing the wing position comes with many different responsibilities, both on the offensive and defensive end. To be able to play this position correctly and to be able to have success at it, there are certain things that you need to do. Here is a list of five things that every basketball wing player should know about playing their position.

Learn to be Efficient With the Basketball

The more efficient you can be with your moves on the offensive end, the better. If you have to take more than 3-4 dribbles to get a shot off, it will most likely be a low percentage shot, and your team’s offense will become stagnant (unless it is a late clock situation). In the NBA, there are many isolation plays where the offensive player backs down the defender or faces them up and goes one on one for a shot. They can do this because there is a defensive 3-second rule in the NBA, which keeps the defense from loading up in the help.

However, if you play high school or college basketball, there is almost always help sitting there. That means that you are not going to be able to go one on one like that. You are going to have to score more efficiently and with fewer dribbles. For example, instead of attacking off an isolation, attack right when the ball is swung to you before the defense can load up to help.

Look to Score Within the Offense

As you begin to play against better competition, the defense will lock in on shutting down the other team’s best scorer. So that means that if you are a scorer for your team, then the defense will be keying in on you and trying to make it difficult for you to score. You won’t get the same looks that you were getting before; you will need to learn how to score within the offense.

Two of the world’s best scorers are Kevin Durant and Stephen Curry, and they have both learned how to score within the offense. They will go one on one when needed, but the majority of their points come from within the offense, and when they are really shooting well, it is because they are scoring in the flow of the offense.

You may not know exactly what scoring within the offense means, so here are a few ways that you can score within the offense. The first way, and biggest way, to score is by using set team basketball plays that end up getting you a shot. This might be coming off of a down screen for a shot or using a ball screen. It is a specific play run for you as the scorer. Another way is to learn how to score by setting a screen, making a cut, spacing the floor, etc. To do this, you must read the defense and then take what they are giving you.

You should aim to try and get 6-8 points off of easy baskets during a game. To do this, though, you need to be consciously thinking about them and looking for them. Easy scoring opportunities are all over the place, but you must be willing to work for them. You may not know exactly what an easy scoring opportunity is or what you should be looking for, so here is a list of some of the different opportunities you should be looking for throughout the course of a game.

A great way to work on these different areas is with basketball drills that will work on game-specific actions. If you can work on situations like these that you will get in a game, you will not only be more prepared for them, but you will also recognize them better.

Give the Basketball Up

If you look to score every time you get the basketball and don’t give the ball up, the defense will load up in the help, and it will be tough for you to score. Be willing to give the ball up to a teammate and trust that you will get it back later in the possession. If you show that you are willing to pass to the open teammate, then the defense will have to respect that, and it will open up more space for you to score later on.

Add More Value to Your Basketball Team Than Just Scoring

As a wing player/shooting guard, it is understood that you are most likely going to be a focal point of the offense, but what value do you add to your team when you aren’t making shots? If the only value you add to your team is making shots, what do you think will happen when you have an off night? The coach’s job is to put the best players on the floor to help the team win, and if the only thing that you bring to the table is scoring points, then when you are not making shots, you will be on the bench.

However, if you also play good defense, rebound the basketball, etc., you will always add value to your game and your team. So whether you are making shots or not, you must make your team better and still give them the best chance of winning the game.