This post will highlight five different drills that you can use with your team (or as a basketball player with a group of friends). With these online basketball resources, you can make sure to instill the competitiveness that your team needs to succeed. Also, there are several coaching points and tips for making sure that you get the most out of these basketball drills when you use them.

Here are a few of the most popular and effective competition basketball drills (skip down to any of these drills): 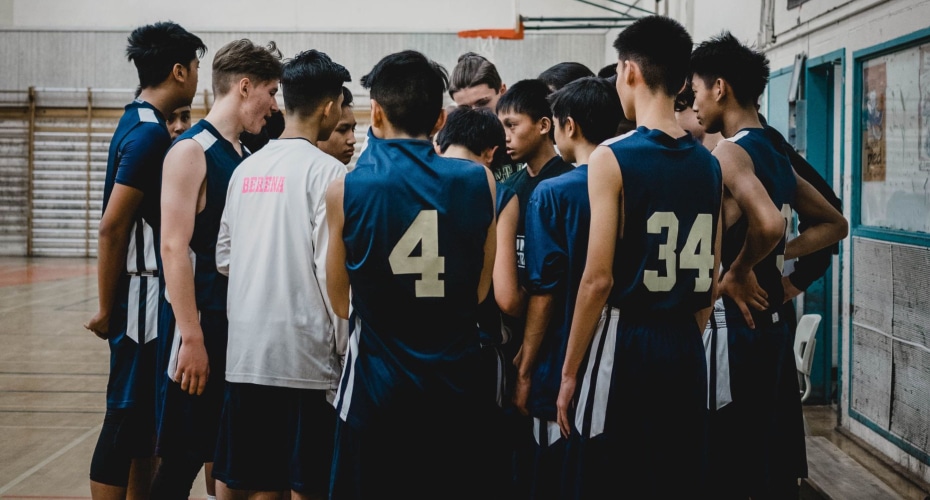 Working on specific skill development drills with your team is great. It is a much-needed part of the game. It is also important, though, that your players are working on these different skills against live competition.

This will allow them to practice what they learned, as well as better learn how to compete. Learning to compete is a skill, just like dribbling or shooting a basketball is. Some players are better off at the start, but every player can become a better competitor by working on it.

Hold each player to a high standard and require their best in everything that they do.

Competition basketball drills will also give you better insight into what players should be playing more minutes. Players that can compete at a high-level and raise the team’s competition level should always be given a chance to play.

Also, these basketball competition drills will be able to help you raise the intensity of your practices. If you use one of these competition drills at the beginning of your practice (after everyone is warm), it will really set the tone. If you feel like your team is not competing, break them up into sides and use one of these basketball drills. It will help to refocus practice and get your player’s competitive juices flowing.

As a basketball coach, if your team can compete in every circumstance no matter what, they will have a chance to win a lot of games. Every player on the team must have the mindset of whatever it takes to get the job done. This is not something that happens on its own, though. You have to be willing to put the time in to develop this winning culture as a basketball coach. 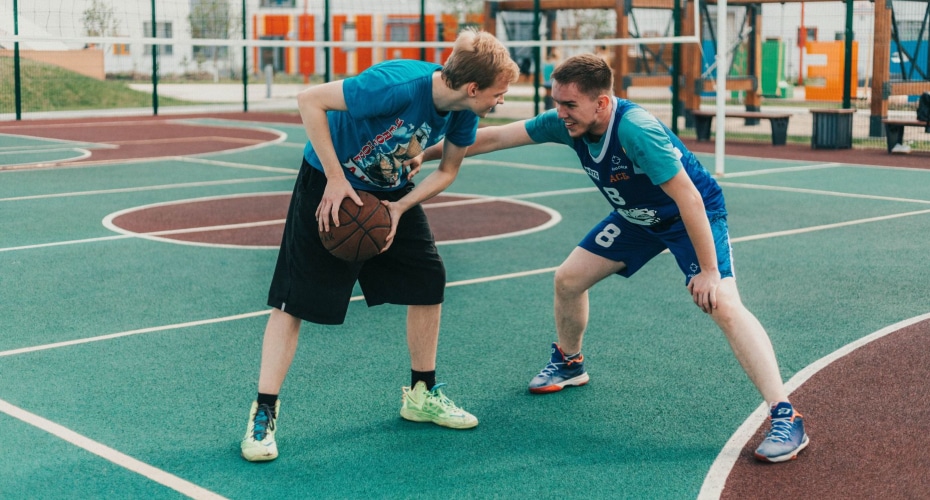 You will need a partner, but if you have a group of friends or teammates that want to get better, you can do them. Don’t waste your time playing sloppy games of pick-up or 21. Instead, play some of these 1 on 1 games and work on your game. 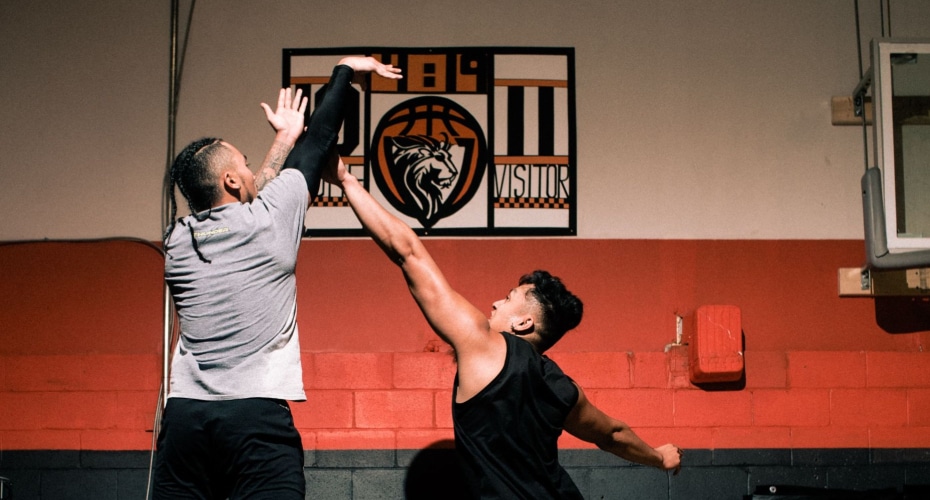 Creating a culture of competition and toughness with your basketball team is not an exact science, and it will be up to you as a basketball coach to find what works best. You may want to emphasize a more rewards-based initiative or one that has the losing team running. It will be up to you to find what works best for your team. Here are some teaching points that will help you better finalize what will work best for your team.

It is important that when doing these basketball drills, you are using controlled competition. As much as players should be giving their all, it needs to be controlled. Players need to make sure that they are not practicing fouling, being out of control, etc. If you watch the best players in any sport, you will see that they make everything look effortless. Players can play their hardest without being out of control or fouling on every possession.

As far as scoring, most of the drills can be tweaked. You have the ability to reward the defense for stops or make it an offensive-based scoring system. Feel free to alternate or use whatever works best for your team.

Teach and Explain Different Situations to Your Players

This may not be as feasible in practice, but teaching is a must in small group workouts. As a basketball coach, you must be a teacher as your players are competing.

After a play is over, stop and explain what the player should have done in that situation. It doesn’t have to take a long time, but explaining different situations and moves will be essential in a player’s growth.

It will be hard for younger players to read a defender and make the correct move. The better you can teach them how to think while they play, the better they will be able to use the correct moves while competing. This will also directly translate over to game-play.

All of these basketball competition drills will allow you to compete in a variety of different situations. Whether it is one on one, at a disadvantage, 2 on 2, etc., these drills will challenge players to get out of their comfort zone and compete. They will also allow players to work on practicing different basketball skills against a live competitor, which will also add a ton of value to a player’s game. 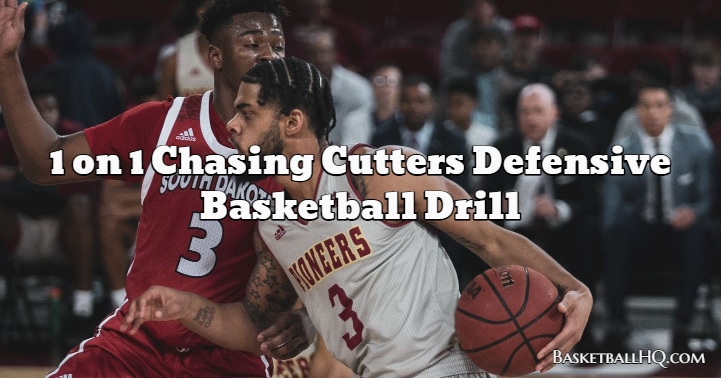 A big part of being able to guard cutters in basketball is the defender’s body position as the offensive player makes their cut. If the defender is in a poor position, they will get hit by the screen and won’t be there on the catch to square up the defender.

This basketball drill will work on exactly this. The defender will be able to work on taking a great path on the cut and then being able to square up the defender on the catch. It will teach defenders how to not only work hard on defense but also work smart. Rather than fighting with the screen, they will be able to take a good angle and essentially eliminate the screen. After the cut, the players will play one-on-one, benefiting both the offensive and defensive players. 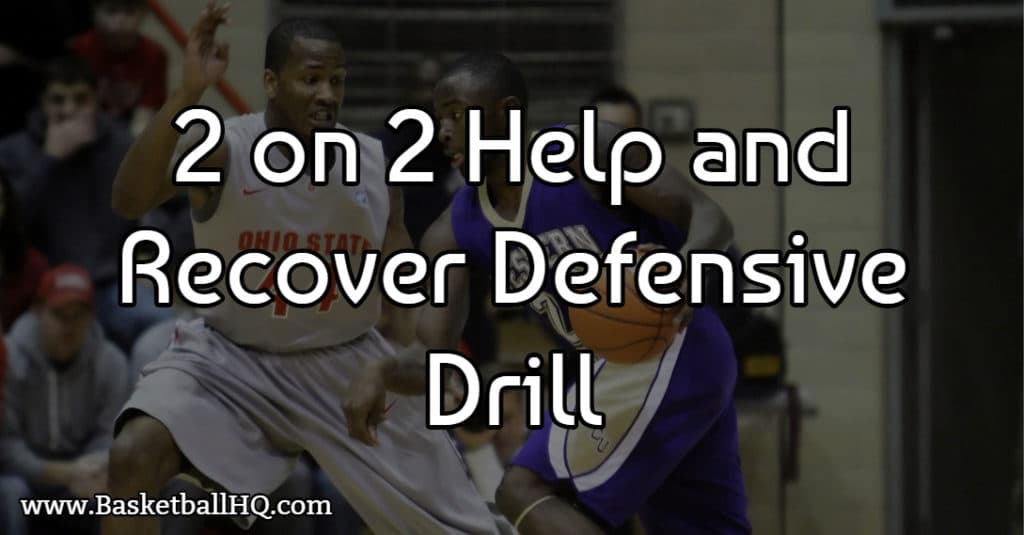 Being able to have a great man to man defensive team in basketball means doing a lot of smaller things well. Whether it is being in the gap, communicating, being in the help, recovering on the pass, etc. You can’t just jump into 5 on 5 man to man defense and expect it to be everything you need to be. That is why basketball drills like this 2-on-2 help and recover drill are so important to your team. They allow you to breakdown your team defensive philosophy so that your players can get reps on specific skills that your defense will need to be successful.

Along with this being a great defensive basketball drill, it is also great for competing and working on offensive skills. These types of basketball competition drills are perfect for allowing players to learn to compete at a high level. The offensive players are getting a lot out of this drill as well, and you can put a punishment on the losing team to turn up the intensity in practice.

Equipment Needed: 4 players, a partner, and a basketball. 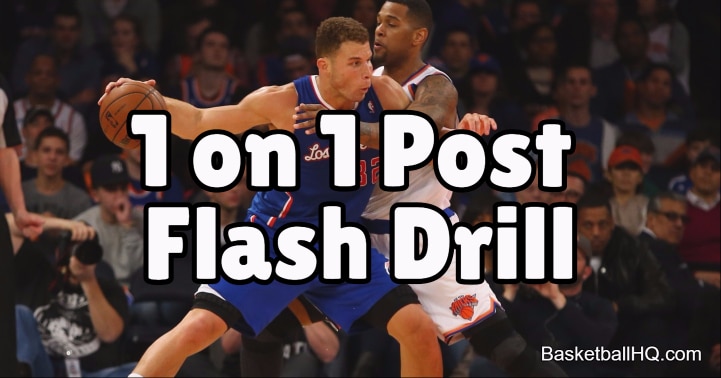 Learning to play in the post requires not only different basketball drills to develop moves but also the chance to work on these moves against live competition. Post players need to be able to practice feeling a defender on them and then being able to read that defender before using a specific move.

Equipment Needed: 1 basketball, 2 players or more, and a passer. 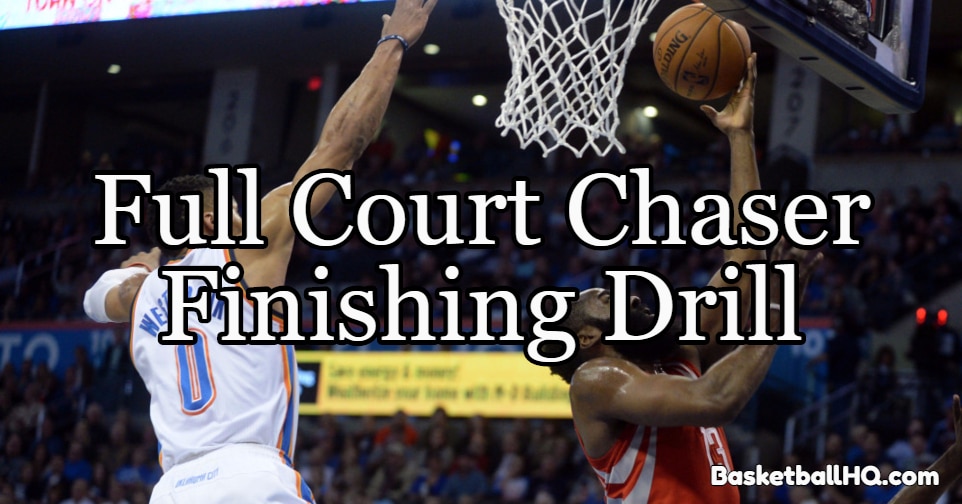 Transition baskets can do so many great things for a team as far as generating momentum and getting easy points. It is important, though, that you spend time working on finishing in transition as a team, especially if your team is younger. Transition finishes are too valuable not to capitalize on.

This finishing basketball drill will be a one on one full-court drill that gives the offensive player a slight advantage to start the drill. It will really help to learn to finish at full speed with the defense trying to back tip/strip the ball, cut them off, or block the finish. Along with this being a great basketball drill to work on finishing, it is also great for working on handling the basketball at full speed and getting up the floor while maximizing your dribbles.

And lastly, it will be the perfect basketball defensive drill for teaching your players to never give up on a play. If you can get this mindset into your players, you will be the team that hustles back to get a big chase-down block or strip. 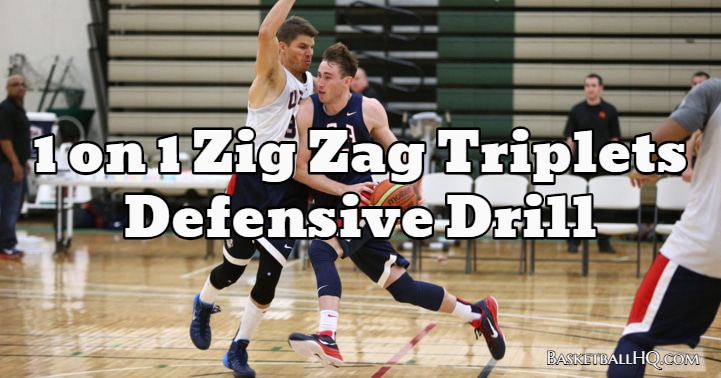 Being able to play on-ball defense takes good technique and the ability to move quickly laterally in either direction. To be good at these things, you have to be willing to put in the time working on them. This defensive basketball drill will work on guarding a live dribble and will also work on learning to compete.

There is no help defense, so that means the defender will be put under a spotlight. Everyone will see which players can guard the dribble and which ones are not quite there yet. This basketball drill can also accommodate a larger group of players, so it is a great team basketball drill.

Make sure that you are watching the footwork and technique of the defensive player. If they practice bad habits in live defense, you may want to switch to a different defensive drill that works more on the player’s individual technique. Don’t allow bad habits to creep into a player’s defense.

Equipment Needed: At least 3 players and a basketball.