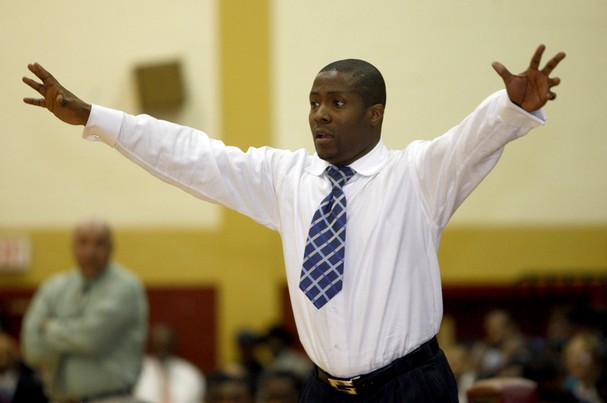 The second major concept of our philosophy as a team is to take all the guesswork out of our defense. We dictate where we will allow the offense to go and then try to take the offensive movement away.

Fourth, defense starts on offense. Our players will not be careless ball handlers on offense, and we will do an adequate job defending against any stolen pass.

In this defensive basketball article, I will share some keys to a great team defense with you, which will hopefully help you improve your team’s defense! Here are the four areas that will be covered.

I am a firm believer that defense truly puts your team in a position to win games and eventually championships. From your defense, you can do several positive things, such as:

Your goals are measuring tools to help motivate your team. The team should always be striving to reach the team’s defensive goals. These goals should be adjustable as the season progresses. The goals must also be adjusted per the game plan that will be implemented for each game.

Your defensive goals should be visible for the team to see. Coaches should chart the goals as statistics and talk about them at the right moments during a game or practice.

The first principle in teaching this defense is to Divide the court into HELP-SIDE AND BALL SIDE:

The second principle is to divide the court into post responsibilities and guard responsibilities: Basically, this is why we switch the guard to forward cross. We always want big men where they are more effective. They are better rebounders, better defensively under the basket, and better at defending the forward and post area.

On the other hand, the guards/wings do a better job defending out away from the basket, and they cover more area quicker. We only switch on crosses or when the post players are close enough to switch effectively verbally.

All of these basketball drills will teach your players to compete and battle. This is important because not every defensive possession goes as planned, and players must figure it out and still get a stop.

In all of these basketball drills, we are working on:

Implementing a Defensive System in Practice:

Must have pressure on the man with the ball. The first consideration of every player is to stop the ball with gap protection and rotation principle. Each player must feel a deep responsibility to do everything possible to keep the other team from scoring. This is the team basketball defense principle. The return will come in the form of more wins and DEFINITELY championships. DEFEND TO WIN!