Becoming a Great Scorer in Basketball 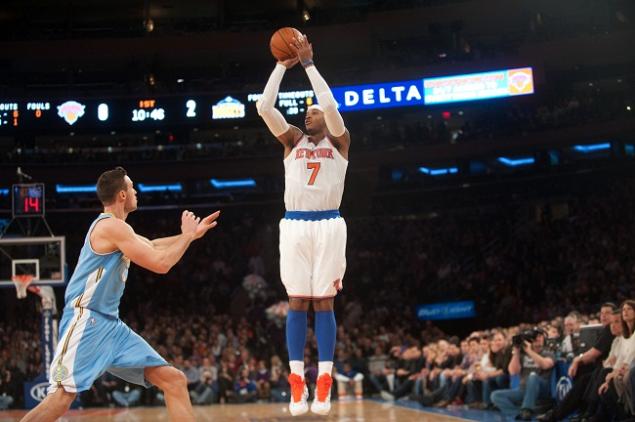 As a basketball player, you shouldn’t just be work on scoring, and you should not measure your worth to your team by how many points you score. That being said, the way you win a game is to score more points than the other team, and the big-time players are getting paid to score the basketball.

So what is it that makes the elite players so good at scoring the basketball? What is all involved in becoming a great basketball scorer? Obviously, most of them are naturally gifted, hard workers, etc. However, the reason they are such good scorers is versatility. This basketball article for players will break down exactly what this looks like and help you become a better scorer.

In every basketball player’s game, they are going to have strong areas and weak areas. The goal, though, is to turn as many weak areas as you can into strengths. When Michael Jordan came into the league, his critics claimed that he didn’t have a good enough jump shot, so he worked on it, and today he is known as one of the best pure scorers of all time. That was one of his weaknesses that he turned into a strength.

Don’t be a one-dimensional player. What I mean by this is, don’t be just a catch and shoot player or don’t be just a driver. If you can only do one thing, then you will be easy to guard. As a player early in my career, I was mainly known as a catch and shoot player, but one summer, I made it a point that I was really going to do ball-handling drills and work on finishing at the basket. For the whole summer, I worked on these types of basketball drills. The following season, I saw my points per game average almost double.

It wasn’t because I had turned into this freak ball handler that could get to the hoop and score on anyone I wanted to; it was because I could mix it up. My defender wasn’t able to just run up on me tight and close me out because I could put the ball on the floor and make him pay. Being able to drive the ball made my defender close me out slower, which allowed me to get my shot off and get to the free-throw line more because I was initiating the contact off of the dribble.

I was watching an NBA game a while ago, and I don’t even remember who was playing, but one thing I do remember is what Reggie Miller said as he was announcing the game. He said, “What are you going to do as a player when a good defender takes away your 2 or 3 best scoring moves?” A good defender in basketball will know what you do well and make you play to your weaknesses.

You need to be able to be versatile and score in different ways. Obviously, you will lean on your strengths, but what if your strength is your right hand and your defender is completely taking it away? Are you going to be able to go left and finish at the basket? Mix your game up, and don’t just work on the things you are good at when you get in the gym and do your basketball training.

People always talk about scouting the offensive player and picking up tips to shut them down. Well, it goes the same way when evaluating your defender. For example, is your defender a shot blocker, or will he stay down and try to wall you up? If a shot blocker is guarding you, then your best friend is a shot fake, but if you are being guarded by a defender that just contests shots, his whole strategy is to try and get you to hesitate and throw your shot off just a little bit and then live with the results.

If a player is quicker but smaller than you, take them in the post or use your mid-range game. On the other hand, if a bigger, stronger player is guarding you, take him out to where he has to move his feet to stay in front of you. As a big man on offense, it is pretty simple to read your defender.

Suppose your man is bigger and stronger than you, face him up and shoot or go around him. If he is smaller than you, put them in the post and back him down to get your hook off. However, this only works if you are a multi-dimensional player and well-rounded in your offensive game.

Score Within the Offense

As much as it is being a skilled player, you also need to give yourself the advantage over your defender. The best way to do this is within the offense, and by using your teammates to help you get open. You look at a player’s stats and see that he scored 20 points, and you think that is pretty good, but then you look and see that he took 30 shots, and it isn’t as impressive. A great scorer is efficient and uses his teammates to help himself score as well as his teammates.

The other team will know who the great scorers are, and they are going to focus the team defense on them. This is why it is important to use your team and your offensive sets to get your shots. Use down screens, ball screens, attack off of the second penetration or after a reverse, be in the right spot for a kick out, etc.

Big men should be willing to screen because you create a disadvantage for the defense whenever you set a good screen in basketball. This will allow you to pick and pop or pick and roll to create an advantage for yourself to score. Give yourself the advantage by scoring through the offense.

Know When to Attack

Time and place is another part of being a great scorer. During the game, there are going to be different times that call for different shots. It is okay to shoot a contested off of the dribble shot with the clock running down, and no one else has a better shot. It is not okay to shoot that same shot if you have plenty of time on the clock.

There are just different situations you need to learn as you become a better scorer. For example, at the end of the game, if you know your guy is having a hard time guarding you and your team is in the bonus, don’t shoot an off the dribble three, go to the basket and get a foul, finish, or both.

When looking to become a great scorer in basketball, it is essential that you find the right balance between being versatile and also maximizing your strengths. The better you can do this, the easier it will be for you to get quality shots.

It is also critical that you use your teammates and the offense to get a good shot for yourself or a teammate. Don’t be afraid to pass the ball to your teammates when they are open because it will open things up for you later in the game. It doesn’t take a great scorer to get 20 points on 30 shots. To be a great scorer, you need to be efficient and know the time and place to score.

So take advantage of all of these different scoring tips and start to become a great basketball scorer.