Moving Without the Ball in Basketball 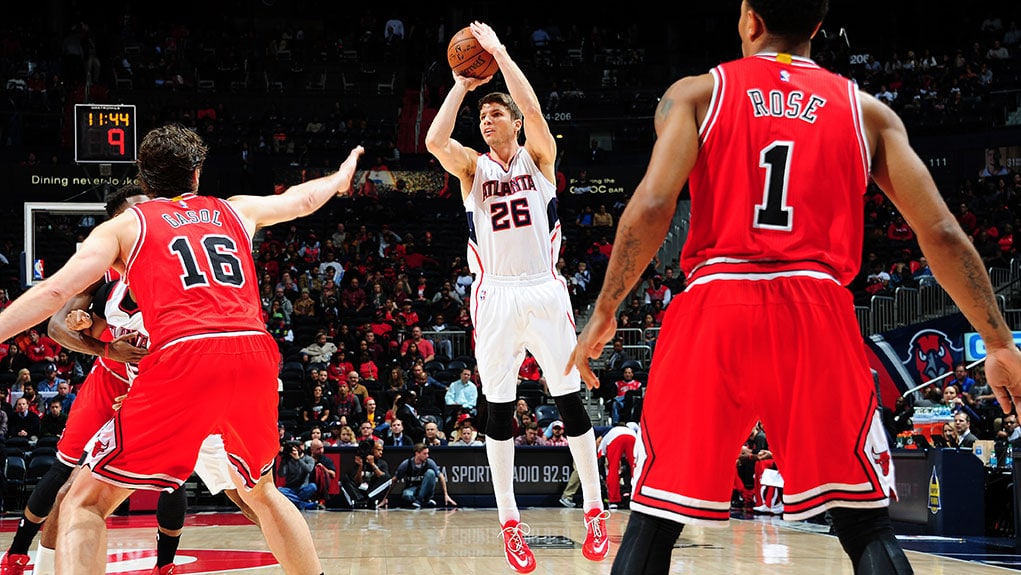 In today’s game, we are infatuated with one on one basketball. This is probably because most highlights that we see on television are individual achievements. However, some of the most important work in basketball is done before a player even catches the ball. Some guys can score, but those individuals struggle against teams that really buckle down defensively. What really makes a basketball player successful in the guts of the game?

Moving Without the Ball

Obviously, the first thing we think of is skill, which is an important attribute to have. However, less “talented” players get more done, especially against tough-minded defensive basketball teams. These individuals know the value of possessions and getting open. Depending on how your team plays, whether it be mainly motion, basketball set plays, or a combination of the two, moving without the ball is critical.

Set Up Your Defender

The ability to set up a defender and create spacing gives the offensive player a huge advantage. When you can catch the ball wherever you want and create spacing based on your offensive scheme, it puts a ton of pressure on the defense. That being said, how can you teach players to master this skill?

Some players have an innate ability to read their defender and figure it out naturally; however, most players do not. One of the biggest things that can wreck a great offense in basketball is when the defense pushes out so far that the offensive execution becomes ineffective. The biggest mistake players make is they want to take the easy route or push off with their hands; a lot of the time, it boils down to laziness. Players who have the discipline to battle and grind with footwork give themselves an advantage against their defender.

Ways to Get Open

Some of the best ways to set up your defender are to change the direction of your cuts, change the speed of your cuts, and step in the middle of their stance or into the defender before cutting. Too many times, players go through the motions on V-cuts or L-cuts. A good V-cut involves changing your speeds and stepping into the middle of a defender’s stance without pushing off, then sprinting to where you want to make the catch.

L-cuts can be similar, but players really give themselves an advantage when they battle for the top foot before they cut; the ability to step into your defender and sprint away creates separation. Being able to step in the middle of a defender’s stance or into them puts them back on their heels and gives the offensive player an advantage for a split second. As we know in basketball, sometimes a split-second is the difference between a win and a loss.

A good way to practice getting open is with basketball drills that require you to simply pop out and get a catch. Allow the defender to be aggressive, grab a little, etc., but being able to practice stepping across and popping open against a live defender makes a big difference.

Learning How to Use a Down Screen in Basketball

Here is a basketball training video and some links to other basketball fundamental teaching videos of how to use different types of basketball cuts and types of moving without the ball in basketball game situations. The player must read the defender and then execute the correct type of cut to get open. Great basketball coaching is taking what you know as a coach and passing it on to your players to execute. So really teach them the details of these different cuts and reads.

Other types of basketball cuts to use off of a down screen.