The DNA of an Elite Scorer in Basketball 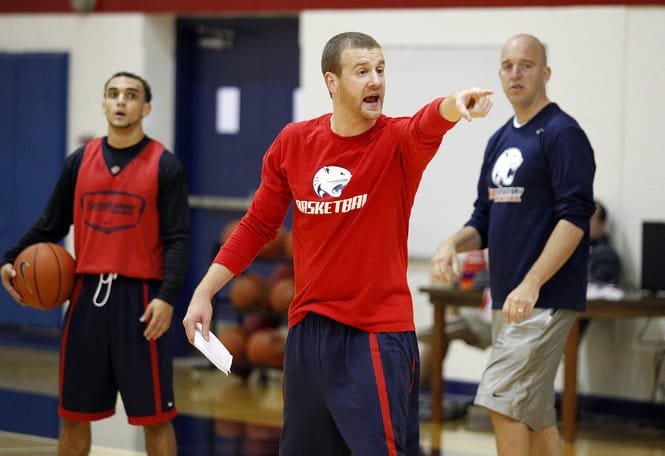 When we think of guys who are elite scorers in basketball, we think of guys that can flat out put the ball in the bucket. This usually consists of scoring from the three-point line, the mid-range game, and finishing at the rim. One area that separates good scorers from elite scorers is the ability to get to the free-throw line.

You can argue that LeBron James is the best player in the NBA. This season he ranked third in points per game, averaging 25.3 ppg. However, this season’s output was actually the second-lowest of his career. Only his rookie campaign of 20.9 ppg was lower. What also sticks out about his production this season is that he had his second-lowest free throw percentage of his career at 71%.

At South Alabama, we had a sophomore this year that increased his scoring as he got to the FT line more. Through the first 10 games of the year, Ken Williams was averaging 12.5 ppg, attempting 1.8 free throws a contest, shooting an abysmal 31% FG and 32% 3FG. He was not aggressive enough attacking the basket. Something clicked midway thru the season, and in the last 21 games this year, he averaged 17.1 ppg and increased his FTA per game to 4.8 a game.

Below is a chart of the top 10 scorers in the NBA this season and the NCAA. It shows their points per game, free throws made, free throws attempted, and what percent of their overall scoring comes from the FT line. If you look at the top five scorers in the NBA combined, they average 8.7 FTA per game, while the next five only average 4.8 FTA per game. That is a HUGE discrepancy!

If you look at the percentage of points that come from the FT line, 21.3% by LeBron James is the lowest in the top five. That still ranks higher than 21% by Blake Griffin, who is the highest in the next five. These numbers do not lie! The two outliers in this group are Steph Curry and Klay Thompson. Their FT numbers are the lowest in the top 10.

They are also talked about as one of the best shooting duos in NBA history. Not many players shoot the ball with their precision, which is why I consider these two outliers.  If you look down at the NCAA numbers, there is only one player in the top 10 in scoring that has less than 20% of their overall points per game coming from the FT line. This is no coincidence. Guys that get fouled more score more.

Getting to the free-throw line does a lot to increase scoring. If you shoot a high percentage from the FT line, getting fouled and seeing the ball go through the net on your FTs can give you confidence as a shooter. This can become the catalyst for a big scoring outbreak. This can also help a scorer get into a rhythm.

So much of scoring is being in the flow, and getting fouled can assist that. It also helps your team’s offense out. The more you get fouled, the quicker your team gets in the bonus and double bonus. It can also help get one of the other team’s players in foul trouble. Lastly, it gives your team an aggressive mindset. It puts your team in attack mode.