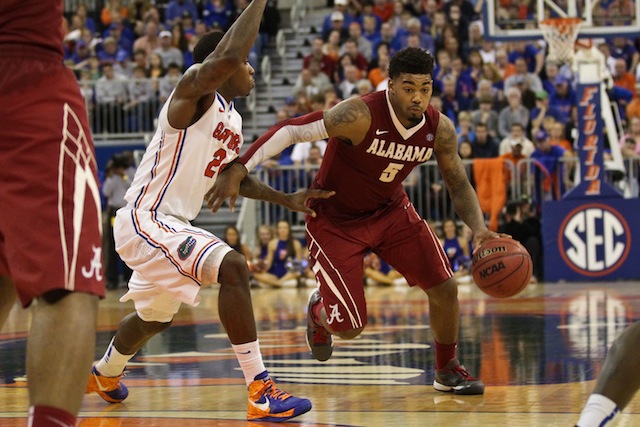 Over the summer and during the off-season, you will be spending a lot of time as a basketball coach training your players. You will most likely do your basketball training in small groups and by player position. This is all pretty much normal and what the majority of basketball coaches do.

The question that I have, though, is how much time are you going to spend working on a basketball player’s strengths compared to their weaknesses? Whether you like it or not, there are only so many hours designated for basketball workouts and helping your players develop. How you handle those hours can mean all the difference in developing those players and giving your team a chance to win.

I played college basketball at a smaller division 1 school called Liberty University in Lynchburg, Va, and also professionally in Europe for a little bit. Early in my basketball playing career, I was all about trying to become a complete offensive player. I wanted to be able to handle the ball, shoot it, score one on one, etc., but now that I look back at that, I hurt myself some in taking that approach.

The reason why is because I spent so much time working on all of my weaknesses that I forgot to work on my shooting, which was my biggest strength. I became average to good at a lot of things instead of being really great at a couple of things. In my junior season of college, I made over one hundred 3 pointers and was the 19th ranked shooter in the country coming into my senior season. However, during the off-season, I got caught up with working on my weaknesses and got away from my shooting, and I didn’t shoot it nearly as well my senior year.

Today I see the same thing with a lot of younger basketball players that I watch play. They are unsure of what they should be working on, so they spend their time just working on a little bit of everything. This leaves them in a situation where they don’t really fill a role on a basketball team, and as the competition gets higher, they will not be able to play.

When, if they would just spend time concentrating on the things that would allow them to fill a role on a team, they would be much better off. It may be hard to get your players to buy into this, but unless they are the next Lebron James or Kevin Durant, they will find it very hard to score anyway they want. As a coach, you need to show your basketball players the benefits of this and how to work on mastering their role.

An outstanding coach that I have heard speak on multiple occasions is Charlton Young or CY to most of his friends and coaching colleagues. He is now an assistant men’s basketball coach at Florida State University, but before he was an assistant men’s basketball coach at Georgia Tech, and one of the players who played while he was there was Anthony Morrow. At a basketball coaching clinic, I heard Coach Young tell the story of how he talked Anthony Morrow into working on his game and only looking to score with a maximum of 2 dribbles when he caught the ball.

They trained all off-season to work on catching and shooting or putting the ball down and only scoring with 2 dribbles or less. Doing this helped to skyrocket Anthony Morrow’s game and eventually allowed him to make it to the NBA. All because he mastered a couple of areas of the game and filled the role of being a great basketball shooter.

That is just one story and one player, but if you look at the players who are playing at a high level, you will see that all of them are there to fill a specific role (except for some of the superstars who fill multiple roles and can take over as needed). One of my basketball coaches in college was Dale Layer and would use the analogy of playing cards. He would say that you want to play your “Aces” when you are in the game, not your low cards.

After reading all this, you probably would think that there would be no time for working on a player’s weaknesses. However, there does need to be some time designated for developing a basketball player’s weaknesses, and depending on the time of the year, you can allow for even more time.

If you have a player who can shoot lights out but dribbles the ball off their foot every time they put it down, you need to spend some time doing basketball dribbling drills and working on this weakness. If not, the defense will just run them off the line every time they catch the ball. Ball-handling is a subcategory, though, and you need to make sure that you are still spending most of your time working on their strength, which is shooting.

If you are training and there are 2-3 months before the season starts, you can designate more time to working on a player’s weaknesses, but as the season gets closer, you should be working on what role they are going to fill on the team. It doesn’t always have to be an offensive role either.

If you have a basketball player who will set screens, rebound the basketball, and play defense, then train them to be the best at doing those things. Once again, you should teach them to be able to knock down an open 12 footer, but you shouldn’t be spending all your time teaching them to be Hakeem Olajuwon on the block.

Take full advantage of your basketball training time and work on the skills for your players to help them in the long run and help your team win games.