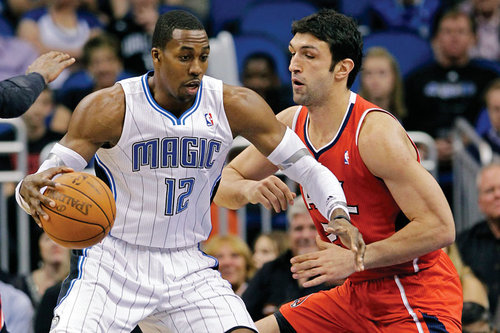 Having successful post play in basketball is a commodity that many teams do not benefit from. Many post players develop their game at later stages in their basketball careers. Coaches that can find ways to receive production from their post players will benefit from getting higher percentage shots, shoot more foul shots, and get perimeter players open.

Post players such as Anderson Varejao and Marcin Gortat began their careers as role players. Through continual post player development and understanding of their jobs, they have blossomed into highly productive post players. The following ideas can be applied to post players at any level and are the building blocks that can help a post player increase their production regardless of skill set.

Get Open to Receive the Basketball

This can be a daunting task for a post player, especially one that garners a lot of attention from opposing defenses. There are several ways a post player can get open during the course of a basketball game. As a post player, you want to get your work done before you catch the ball, and these are all ways to work the post.

Running the Floor in Transition

Running the floor in transition is the easiest way for a post player to get open. We have a general rule that post players must get two lay-ups a game from running the floor. This is generally the best way that a skinny/athletic post player can help a team if they cannot be a force in the low post. A post player that runs hard consistently will get easy looks as the defense fatigues and will also help other players get scoring opportunities in transition.

Making contact in the post is generally the most common way a post player gets open. Sealing the defense allows post players to take up space and create angles to make scoring opportunities easy. We teach our post players to run rim-to-rim and seal the first man down. Too often do post players run outside the lane or block-to-block. Getting your work done before the catch means that you are working for a deep post position.

Being a screener is a necessary role for many under-developed post players to fill. On a team with talented guards, a post player who cannot create a shot needs to play off of the screens they set for the guards. Post players that can get others open fill a role on their team; granted, they can defend and rebound.

Receiving a screen helps post players create angles that they might not be able to create through sealing in the post. Back screens and cross screens are the two most common screens that a post player will receive to obtain a good posting position. The most important thing that a post player can learn when receiving a screen is that they must come off the screen and immediately seal for positioning. Post players often come off screens and continue their cut outside of the paint rather than coming off the screen and finding a defender to start sealing.

Rebounding the basketball is the one skill that takes place on both the offensive and defensive side of the floor and can allow a post player to play even if they do not possess any other skills. A post players’ mentality should be that every shot taken is a pass into the post. On offense, a post player must read the angle of the shot, roll to the weak-side of the rebound, and get to an open gap to increase their chances of obtaining the offensive rebound.

An under-athletic post player can be a great rebounder if they follow these steps and actively pursue every shot that is taken. We discuss the NBA’s 30-60-80 rule with our team to emphasize rebounding. In the NBA, the first shot of a possession has a 30% chance of going in. If a team gets an offensive rebound, the percentage jumps to 60%. And if a team gets a second offensive rebound, the shot will go in 80% of the time.

Stay Open to Recieve the Basketball

Once you have gotten open in the post, it is your job to stay open. As a post player in basketball, you have to understand that there are multiple times throughout the course of the game that the ball might not see you. Guards might not look into the post, or there might be a great deal of pressure on the ball that an entry pass cannot be made safely to the post. Continual sealing throughout the course of a possession is necessary to stay open and create better scoring angles in the post.

A crucial part of being a good offensive post player is the ability to catch entry passes from guards. If guards are not confident that the post will catch the pass, they will not attempt to feed. Catching the ball with two hands, chinning the ball, and checking the middle is the progression a post player should go through to prevent turnovers from occurring.

A post player should show their “numbers” to the ball (the numbers on the front of their jersey being seen by the ball allows for a safe passing lane) and always remember that possession is more important than position. Despite a great two-footed paint seal, if an entry pass is outside of the post player’s area, they must release the seal and safely acquire possession.

Score the Basketball as Simply as Possible

An effective post player in basketball has the ability to score the ball in a simple manner. Post players that need to use multiple dribbles and a multitude of moves will draw double-teams and prove to be less effective over the course of a game/season. Simplicity also means that a post player shoots 60%+ from the floor and 70%+ from the foul line.

When a post player shoots a poor percentage from the floor, they are not getting good post positioning, trying to score through double teams (not getting their work done before their catch), or shooting bad shots. Bad shots are either post moves that the post player does not work on enough or shots from their least favorite side of the floor.

The four basic shots that a post player needs to be successful are:

A power shot is a basic two-footed lay-up that can be made with either hand on either side of the basket is sometimes the only post move needed to be successful. A post player should seldom use one-footed lay-ups since these shots are unsuccessful in traffic and will not result in many 3-point play opportunities. Post players seldom appreciate the importance of this shot, and it is neglected in individual work. Continually working on power shots is important as a post player. Making these shots ‘clean’, off the glass with no rim, is a requirement in our individual and team workouts. Players that try to dunk every shot in practice don’t understand that they need to be able to refine a shot that is going to be taken in traffic with a likelihood of being fouled.

We define a go-to move as the move that everyone in the gym knows you are going to make, yet you can still get to it. This is through countless hours of repetition of the move at a game speed. Kareem had the sky-hook, Duncan has the face-up, Shaq had the dunk; every post player’s go-to move will be unique. We teach and work on the jump-hook basketball move with all of our post players. This is a move that can deliver a great deal of success once mastered.

Have a Counter Move

A counter move is a move that you use when your go-to is taken away. Defenses will eventually sit on a post player’s favorite shoulder and take away their ability to get to a specific move. Developing a counter move allows you to play the new angles that the defense has given you in their efforts to take your go-to away. We prefer the double-drop basketball post move since it results in a high percentage lay-up if executed properly. A turn-around jump shot, up and under, and fade-away are other counter moves that post players can use, but these shots do not result in the high percentage lay-up that an effective double drop results in.

Be Able to Make Free-Throws

A basketball post player that cannot successfully shoot foul shots demoralizes your offense since they will be fouled frequently, equating in empty possessions, be unable to complete 3-point plays, and be a liability in late-game situations. Shooting 70% from the foul line should be the minimum goal of a post player. Incorporating free-throws in practice during periods of fatigue and with pressure can help a post player get quality free-throw repetitions.

Post play in basketball continues to change in the current landscape of basketball. While post players continue to expand their skill set, it is imperative to develop the fundamental basketball skills necessary to succeed in the low post. Field goal percentage continues to be the biggest factor in determining wins or losses. Being able to put post players in a role where they can be successful will ultimately improve the entire make-up of any basketball team. 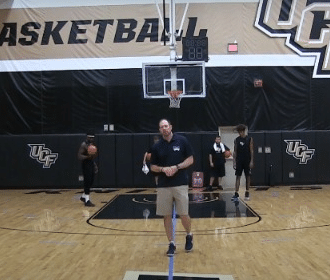