Why Does a Player Not Make It in Basketball? 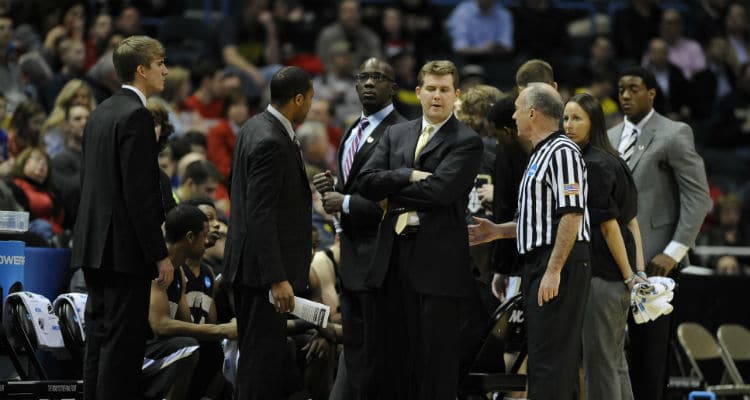 We all read about how players succeed and the characteristics that make up a great player, but we rarely illustrate why a player “does not make it” or “live up to the hype.” So here are some attributes and contributions as to why players fail when it comes to playing college basketball.

They do Not Understand Everyone is on Their Own SEPARATE Race

Each summer, on average, 3 or 4 freshmen arrive on a college campus ready to begin their careers. Everyone can play at this level, everyone is bigger, everyone is stronger, but the one key most don’t understand is that everyone is running separate races. For example, Frank Kaminsky averaged 1.8 points per game as a freshman at Wisconsin.

Three years later, he was named the National Player of the Year. If Frank thought he was running the same race that Ben Simmons is currently on, he would have set himself up for failure through misunderstanding. Kaminsky understood his own race and continued to run it, not comparing himself to others.

Instead, Battier ran his own race and was eventually drafted in the NBA after his senior year, three years later than his classmate Elton Brand. Shane Battier succeeded because he understood his race was longer, but continued to run it and stuck with it instead of comparing his race and situation to others.

Every player has their own journey. You may not be one of the top DFS NBA players right now, but that doesn’t mean one day you can’t get to that level if you trust the process. It is about finding your path, making adjustments, and then maximizing the talent that you have.

Parents love you, unconditionally, but their job does not depend on winning. Peers are your friends and will be your friends, whether you win or lose. Press is there to praise and possibly criticize, but they are certainly not at practice every day. The point is this, players that “do not make it” value what their parents, peers, or the press say more than their coaches and teammates.

Contrastingly, players that “make it” want to be coached, motivated, and challenged to be great. Every player has “rainy days,” and it is their choice to either believe or tune out the noise. There will ALWAYS be noise coming from outside influences, but the critical part within one’s success relies on how the player handles the “noise.”

Does it motivate him? Does it make him believe his or her coach’s message more? Players that “don’t make it” only believe in this noise.

Players Fall out of Love with the “Process” of Being Great.

Being a great player is very hard. It is a process, and as mentioned before, it can sometimes take longer than players are willing to understand. Not everyone is a great player when they step foot on campus as freshmen. However, if the work is consistently put in, the light comes on, and the game slows down.

Everyone wants the results, but not the work that comes with it. Some have a relentless attitude, fight, and eventually become great. Some start making excuses, blame others, and even quit. The great ones fall in love with the process of being great.

More distractions in college can take a player away from the game he or she once loved. The ones that don’t make it fall in love with the distractions.

CHOICES are Determined by VOICES

As the Hall of Famer George Raveling once said, the “choices you make in life are determined by the voices in your life.” The company you keep around you is a huge deal. Ask yourself, do you surround yourself with “gym rats” and other players who love the process? Or do you surround yourself with distracted players and don’t have the passion and willingness to work hard every day? Players that “don’t make it” oftentimes have their choices made for them by the voices around them.

In recruiting, all coaches are turning over rocks, searching for the next great player. The player that can shoot, the 7-footer, the guy who grabs fifteen rebounds, etc. Often, we find the player we are looking for, but it’s important to dig deep to find what makes him or her “tick.”

We have all seen players that have it all, except the “heart” and “ticker.” In the end, a player’s will and their ticker are far more valuable and greater than another’s size and talent. The players that “don’t make it” are not made up of those ingredients inside.

Once again, I would like to thank Basketball HQ for the invitation to write this basketball article for players and to share about the game that I love. Basketball HQ is a great resource for all coaches at all levels.