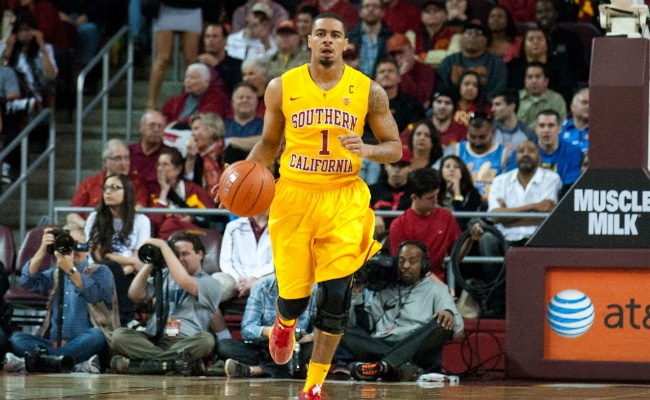 Leading up to a game, basketball teams will prepare for various things that they can expect to see from the opposing team’s offense. Coaches will spend hours upon hours breaking down how they will defend ball screens, the post, off-ball actions, defensive matchups, and discussing the opposing player’s strengths and weaknesses. This is all a necessity when preparing for a basketball game and getting your defense is “SET.”

Well, what about when your defense is not set, and it is forced instead to react to the offense? The match-ups are not correct. A guard is on a big, a big is guarding the ball, and the defense is in disarray. This is what early offense can do; it exploits the defense and keeps them from getting “set” in the half-court.

Any basketball coach would tell you they would rather have their defense “set” before a possession begins because players are in their assigned positions and roles. However, early offense forces the defense to react to actions they are not as ready for or prepared for. Most players can tell you how they will defend a ball screen on the guy they’re prepared to guard, but what about when they get matched up with a player position that they’re not as familiar with?

The same goes for a big man. They remembered exactly how they would play the ball screen when Player A is setting it and Player B is coming off it, but what about when they are guarding Player C because of a missed shot or scramble situation?

Ball screens are a very effective form of early offense in basketball. The reason why is because many times in transition, big men are not attached to their man and are not in a position to help on the ball screen like they would be when it is set in the half-court. This leaves the guard defender out to dry on the ball screen because he/she is expecting the post defender to be there to show/hedge, push up, etc.

In this basketball video clip, Utah’s big man goes to set a ball screen for the point guard, in which he ultimately re-angles or “twists” the screen. This forces the big guarding the screen to get out of position. Once Utah’s point guard throws it back to the screener, Stanford, as a team, is forced to react and help and does not come from the proper position, and Utah finishes with a layup. The action happened so early in the offense that Stanford was never really able to get set and was forced to react.

In this basketball video clip, you see a similar outcome but a different means to achieve it. The big from UNC sprints up to set an early flat ball screen. Jabari Parker, who is guarding the screen, cannot contain the ball handler until his man gets back. The ball handler (Marcus Paige) ends up making a great individual move and finishing at the rim. Duke had prepared a game plan to guard North Carolina’s early ball screens, but this clip is not it. The early ball screen forced Duke to react and did not allow them to guard a ball screen how they had prepared for it leading up to the game.

Here is another set that many teams will run off misses or makes. This provides offensive action early in the clock and within the game flow. The point guard (Kyle Anderson) passes the ball to the wing player (Jordan Adams) and then sprints to the corner with pace. The ball then gets swung through the trailing post player and finally reversed to the opposite wing (Norman Powell).

The first wing player (Jordan Adams) then shuffle cuts off the big to the ball side block for a post up, and the point guard (Kyle Anderson) comes off a double down screen for a shot. The pace at which UCLA executes this early offense causes the defense to have to react. The shuffle cut ends up being open, but the down screen action was also open, and all of this is because of getting into early offense with pace. The defense cannot set up and play to their strengths; they are forced to react instead.

This type of early offense forces the wing defenders to communicate at a high level and puts a strain on the help defense. However, most of the time in transition, the defense is so concerned with their individual man that they do not pay attention to communicating and being in the help. This equals excellent scoring opportunities for the offense.

This action is a popular NBA action called “pistol.” This action can be run off of misses or makes and is often run early in a possession. This specific clip just happens to be one part of the action, but the pace with which it is run creates confusion amongst the defense, even though they are like sizes. This shows that early offense can also run against a set defense in some cases.

Early offense in basketball is a great way to attack your opponent and force them to react instead of being organized and positioned to defend how they want to. There are several different early offense actions that you can run, but you must find the ones best suited for the personnel that your basketball team possesses. Figure out what makes your team go, and then start making the defense REACT!

It all starts with your team’s ability to finish defensive possessions and then get out and run. You can’t expect to be successful running an early offense if your team is unwilling to sprint the floor in transition. The longer the other team has to get back and gather themselves, the better they will defend your action. So really preach sprinting the floor and getting right into whatever type of early basketball offense you want to execute.