The Isolation Lie in Basketball 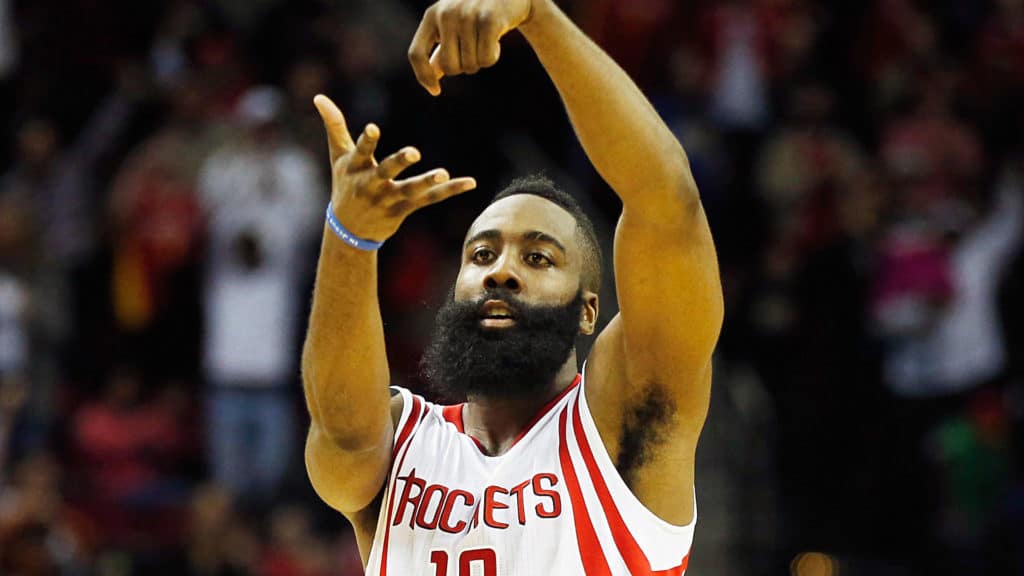 One of the biggest things that I see in today’s game and all over social media with different “Instagram Trainers” is the desire to breakdown and use different NBA player’s moves. Kyrie Irving, Steph Curry, James Harden, or whoever else will make an exceptional isolation play, and then the next day, everyone and their mother is breaking down the move and adding it to their workouts.

Don’t get me wrong, there is a time and place for isolation moves, and some of these broken down moves will come in handy during the course of a game. However, the trap that many younger players fall into is spending the majority of their time working on these moves and neglecting so many other vital areas of their game.

Players buy into the lie that they need to be able to do everything off of the dribble and breakdown their defender to be great, and this leads to players that are streaky scorers who can shoot step-back 3’s and all other kinds of difficult shots, but ultimately at the end of the day are shooting a low percentage. They cannot run the offense or get high percentage shots because they spend all their time developing their one on one moves.

That is why I decided to write this article and give you five reasons why you should spend less time working on isolation moves and more time working on scoring within the offense.

There is a 24-second shot clock in the NBA, and in college, there is a 30-second shot clock. However, in most high school games, there is usually no shot clock. Most of the time, when an NBA player gets into an isolation situation, it has something to do with the shot clock running down. They have already run their set, and it was guarded successfully by the defense, so they are left to try and isolate to create for themselves or a teammate if a help defender over commits.

If you are a high school player with no shot clock, your end-of-clock situations will be infrequent with only four quarters in a game. In college, you will get more chances with a 30-second shot clock, but as we get into some of the other reasons why you shouldn’t look to iso all the time, you will see that it still doesn’t work in college the same as the NBA.

NBA coaches do a fantastic job of taking advantage of mismatches and putting offensive players in a position where they can play to their strengths. Many of the isolation plays that you see in the NBA are designed by the coach or happen naturally when the defense is forced into a switch on some sort of screening action.

So unless your coach is specifically running basketball plays to get you isolation looks against a mismatch, you are going to end up trying to force the action. This doesn’t mean that you can’t recognize a mismatch in a game, but if this your primary response every time you get the ball, you will end up forcing and taking bad shots.

Your immediate instinct shouldn’t be to catch and isolate every time you get the ball. Keep the ball moving and learn to attack a poor closeout or bad defensive rotation, and you will find a lot more success.

This is the single biggest reason why isolation offense in the NBA works, and most of the time fails in high school and college against a good defensive team. There is a defensive 3 seconds rule in the NBA that keeps the help defense from loading up on the side of the ball in the paint and sitting in the help. If desired, an offense can set it up so that the ball handler has an entire side of the court to work with.

This means that the offensive player has the option of shooting or attacking an open basket. In high school or college, if you are consistently looking to go one on one, the scouting report defense will load up in the help. The on-ball defender will stay tight to you and force you right into the help.

Even if you end up hitting a couple of tough shots, overall, the defense is happy. They know that you are forcing shots and that the low percentages of those shots will eventually favor the defense. Also, the other players on your team will not get into a rhythm because the ball movement is so stagnant. This will end up causing them to take poor percentage shots as well.

Along with there being a defensive 3 seconds, when NBA players make an isolation move, they are usually surrounded by elite-level shooters. This means that if the defense helps on the penetration, they are giving up an open 3 point shot to a pretty much automatic shooter from a catch and shoot position.

In high school and college, there usually ends up being a couple of non-shooters in every lineup. If the team defense is good, they know this and will play scouting report defense. They will choose to over help on the ball if a player is always trying to isolate.

The player isolating will not have any space to make a move, so they will have to pass out of it to a low percentage shooter, and the defense will live with the shot and rotate out of it.

Reason #5 Best Players in the World

Some of the moves and shots that NBA players make are so amazing that it seems unfair sometimes (actually the majority of Stephen Curry’s shots). My point to this statement is that these players making ridiculous moves, shots, and finishes are the best players in the world. They have spent hours upon hours upon hours mastering their craft. They are the players that fans pick in DFS NBA and are known all around the world. All that to say, it took time and a lot of hard work to get to that level of shooting and scoring.

They didn’t just start out launching threes or making ridiculous finishes. They spent time developing their game with the basketball fundamentals and working up from there. So unless you have already spent hours and hours developing a particular move in workouts, you shouldn’t be breaking it out in a game. You need to earn the right to take and make difficult shots.

That doesn’t mean ignoring the other parts of your game, though, and only working on isolation moves. It means developing your game to be a complete player and then also spending time fine-tuning different, more difficult shots.

The Isolation Lie in Basketball Conclusion

The best time to attack is when you have an offensive advantage over the defense, and the best way to get an advantage over the defense is ball movement, player movement, and screening. If you can catch the ball and attack a closeout while the help defense is having to rotate and guard other actions (instead of sitting in the help), you will get a lot higher percentage look at the basket.

It is okay to spend some time working on isolation moves, but it shouldn’t be what you primarily spend all of your time on. Spend the majority of your time working on high percentage moves that you will get within the course of running your team’s offense. Really look to limit the number of dribbles that it takes you to score and how long the ball is in your hands for.

If you can do these things, you will find that it is a lot easier to score, and then on the rare occasion that you need to iso, you will also be able to use the moves you worked on as well.